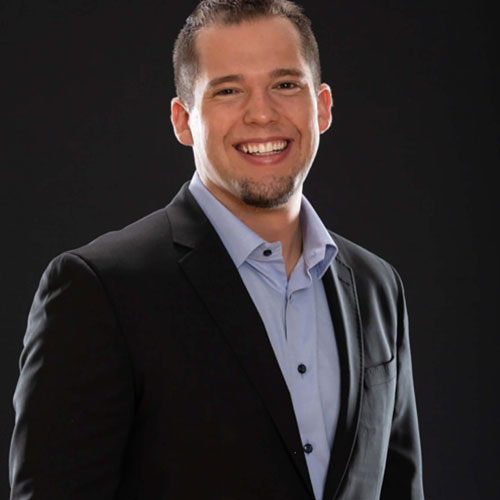 Micah Martin grew up in California until the age of 13, when he moved to Conifer, Colorado. He was an angry teenager with low self-confidence and was referred by his boss. He thought he would be naturally gifted at Martial Arts but found that he was actually very uncoordinated and physically awkward. Never willing to give up, he paid for himself to keep going and stayed motivated to get better. He found true success in the Martial Arts world and is working to share his experience with others.

His instructor pushed him to get on the floor and begin teaching when he was 15. He does the same for every student that shows dedication and an aptitude for challenges. He loves to watch his students be successful- whether that’s earning a new belt, winning a tournament, or the moments of seeing it click. He wants to teach perseverance and hard work along to the next generation which comes with being okay with being uncomfortable and knowing that not everything in life that is good for you will come along super easily.

Competition has played a big role in that mentality. Over the years it has shown him how students can reach new heights and push themselves to a new level. He believes competing makes his students higher quality Martial Artists and people in every aspect. As the years go on, however, he has realized that competition isn’t the biggest impact he can make on students’ lives. His focus now is on making great leaders and building people who can figure out the world’s problems. By creating a team of hardworking leaders he hopes that they can impact the future for a brighter tomorrow.

After working several jobs and participating in different activities, Micah realized the type of people he wanted to be around in his life. Going to taekwondo was a community and culture that showed him who he desired to become and motivated him to figure out a way to do it for a career. Over the next 15 years, he figured out a way to turn his passion into a living not only for himself but his employees as well. He and his instructors put their blood, sweat, and tears into teaching so that they can change as many lives as possible.

Micah Martin is the owner of Venture Martial Arts in Central Park and Flatirons. He is a sixth-degree Black Belt, black collar, and an integral part of the National Martial Arts Alliance.